GIANT JENGA THIS REALLY IS A GIANT VERSION! 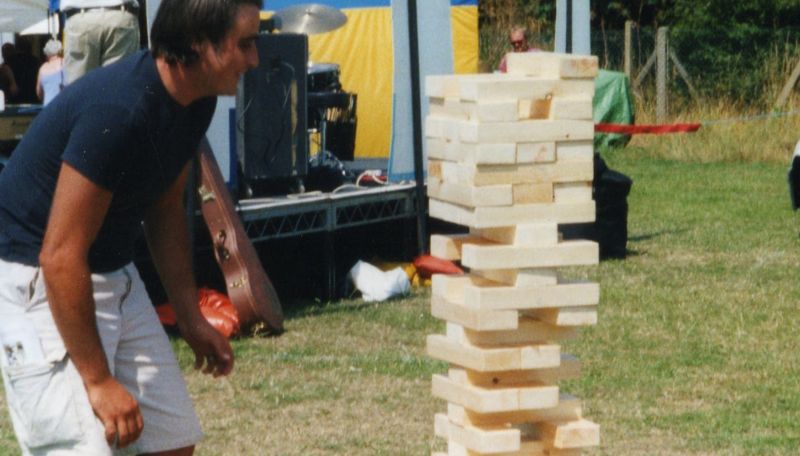 A firm classic for all events, this is a quick and easy game to play and get the hang of. It also makes a great spectator sport and can be played in teams.

What do you get?
A huge version of the original game. Ask if you want the extra big version which comes in to holdalls!!!

What is the object of the game?
To remove a block from the tower and place it on top of the tower without anything falling over.

How to play – the (very) basic rules:
Set the block up placing three blocks on top of each other and so on until you have made a tower.
Choose by way of flipping a coin who is to go first.

If you cause the tower to collapse you are the loser!

How do I win?
If your opponent is the one who causes collapse of the tower

What size is it?
Allow for a 2x2 metre area

We have more of this game than any other, it really is that good! We think its simplicity and quick play are why its so embraced and well used at events.
Back to top