WOOD YOU BELIEVE IT!? :) WE HAVE LOADS OF THESE! 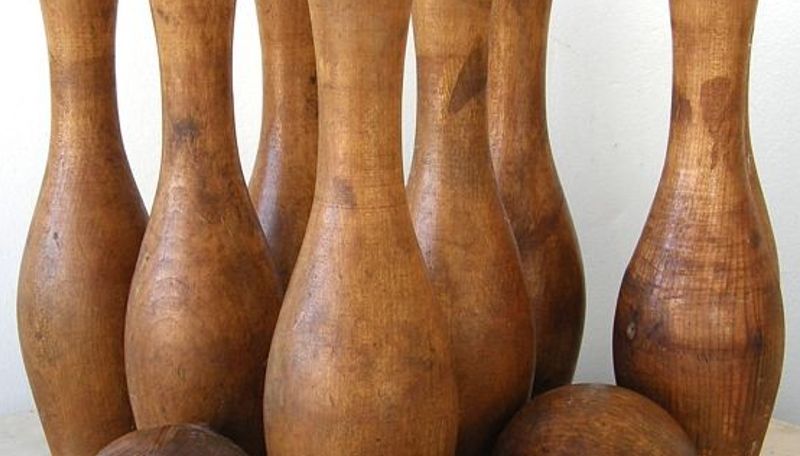 Traditional wooden skittles to hire all over Sussex and beyond! We have quite a few sets of these and are happy to package them up if you are putting on an event and want a few different items. These do not come with an alley but are instead played on grass.

Skittles have been played in on form an another for an awfully long time. Apparently it was played in ancient Egypt which gives some indiction of how long we are talking about!

What do you get?
Three balls, Large wooden skittle and a holder..

What is the object of the game?
To get a strike(all the skittles down in one go) and get the highest score over all

How to play – the basic rules. ( see wikipedia to see how many variations exist!)
Flip a coin to see who goes first.
Set up the pins in order in a triangular shape.
Measure a distance of 6 metres back and mark a line.

Our game needs to be played on grass.
You can play in pairs or individually.
Bowl three balls down at the skittles and try and knock them all over.

Keep a note of how many skittles you have knocked over
- one skittle equals one point.
You get three goes of three balls.
If you get a strike with one ball you can reset the pins and keep going
The person or team with the highest score at the end wins!

How do I win?
By being the team or player to score the most

What size is it?
Measure out an area of about 10 metres by 2 metres and remember don't bowl toward a house or car with windows, bushes where the balls will get lost, or near rivers!!!.

Match these up with some of our other wooden vintage games to create a quintessetial English afternoons entertainment. Pair this with a picnic or a cream tea, put on a blazer.... and pray it doesnt rain!
Back to top