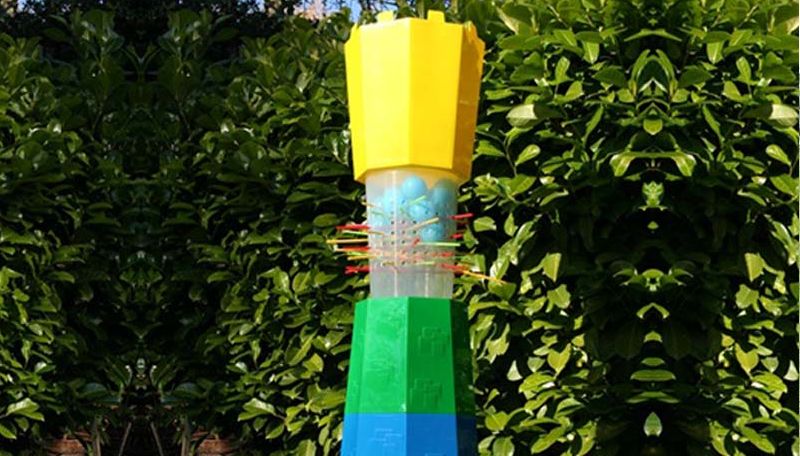 This is a big version of the smaller game. Its quick and easy to setup and doesnt take up loads of room at your event although it is quite tall so still makes its mark. Players place all the straws into the grid and then put the balls on top. In the original game this was done with marbles. Players then take the straws out in turn, until the enevitable happens and the whole lot seems to fall down in one go! KerPlunk!

What do you get?
A bigger version of the game we all used to play way back when.

What is the object of the game?
To remove sticks from the game without letting balls pass through to the bottom.

How to play – Kerplunk rules:
In turn players take out straws form the game.

Players must try and take out straws that do not allow balls to drop.
If a ball or several balls fall to the bottom then the player must collect those and keep them to one side

Keep taking out sticks until all the balls have dropped

How do I win?
By having the least amount of balls in your possession at the end of the game(when there are no more balls above the straws)

In recent years we have hired this out more and more. We know we have gone on about it on this site quite a bit already but games that people can play quickly and games that are quick to pick up are always popular at events. Some of our regular customers hire this every time now along with giant connect4 & Giant Jenga
Back to top